It seems like every day the Internet is coming out with a new saying. Call it slang, call it an abbreviation, call it annoying, but I can’t keep up. I got the original ones: the lol, idk, idc, even the wbu, the ily, omw, I’ve got it. I got a little lost around the time when smh came about and I’m not sure I’ve caught up since then. But, I did catch the BFFL.

Two things about this post to keep in mind:

1. I wrote this in November. Before they were even engaged. Because I knew.

I’ll probably just continue to call him by his first name and save us all the confusion and explanations.

They always say when you find “the one”, you’ll “just know”. I’m not sure who “they” is. I’m also unsure of who my “one” is because I’ve never “just known”. I’m pretty unsure of a lot of things in life, but in this case, my uncertainty produces certainty in the fact that I don’t think I’ve found “the one” yet.

I think sometimes maybe it takes a little while to recognize “the one”. Which is what your friends are for. Here’s my version of the saying: when you find “the one”, you may not know it, but your best friend certainly will.

Which is where I come into play. I just need it to be universally known: I called this.

Let us rewind and I’ll take you back to the exact moment. Let me set the scene.

We were at a sweaty, dusty, tiny little airport in southern Laos and I was anxiously awaiting Jordan’s arrival. We’d made plans in the preceding months that I would arrive in Laos a week earlier than her to begin teaching a nutrition program with a missionary there and she’d join me to finish up. She would’ve come with me, but she had the small matter of graduating with her master’s degree standing in our way. So, she stayed to graduate.

After impatiently waiting for an hour, I finally spotted her. It wasn’t hard, being that we were the only two blonde people in the airport and stood a head taller than most everyone else.

She’d told me on the phone from Thailand the night before that she had a lot to fill me in on from her graduation week. I got the story on the ceremony, the festivities, family updates and the guest list. Then, she mentioned that she’d met someone. They’d gone out with a group of mutual friends and he was sweet. They’d had a great time together. She proceeded to tell me about all of his best attributes and we both agreed that a lot of his qualities were what she was looking for in a significant other. There was only one down side to the transaction: he didn’t ask for her phone number.

Jade, we may never let you live this one down.

Note to all boys everywhere: if you meet a girl and you are interested in seeing her again, ask for her number. It’s the universal sign of interest. It will also save her (and her friends) the agony of trying to figure out if you really do like her and allow us all to skip to the “but how much do you think he likes me?” conversation instead.

So, that’s where 75% of Jordan and I’s conversation ended up at for the next week. We went over the meeting, the conversations, the background, the exact exchanges. A Facebook friendship had begun, which was a decent substitute for the lack of phone number exchange. We atleast had that established.

But, even though he hadn’t asked for her number yet and even though we weren’t 100% sure he was even interested, the more and more I heard Jordan talk about this guy, the more convinced I became that he was “the one”. Remember, she’d only met him the weekend before and I’d never even met him at this point, but I “just knew”.

So, I told her that.

We were both in our cramped little hotel room, in the air conditioning, in the hottest part of the Lao afternoon, laying backwards on our twin sized beds, talking about this boy from Texas and I said: “Jordan, I think he might be ‘the one.'”

Not just like a light laugh, like haha, very funny. But, a real laugh. I was pretty certain though.

I called it, ya’ll. From the very beginning.

I’ll fast forward for you: phone numbers were exchanged, dating ensued, followed by a relationship, and here we are.

I officially have a BFBFFL. 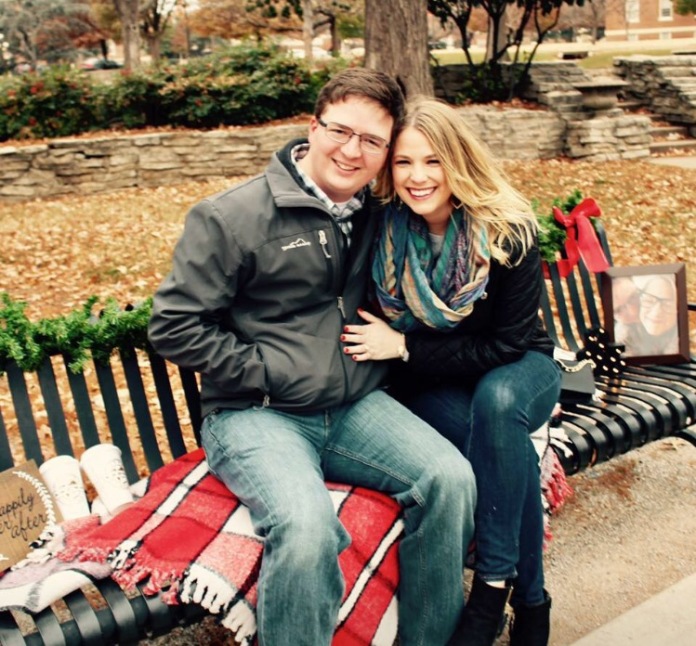 Congrats, Jade and Jordan! I can’t wait to celebrate you guys (and the fact that I was right) for the next few months!