We found a boy with a machete to cut a way through the jungle to take us to see a waterfall. I wish it were less sketchy than it sounds, but it’s not.

We were supposed to be fishing on Lake Arenal in Costa Rica. But, the wind had other ideas. So, Plan B? A “horseback ride to a waterfall”. My mind is conjuring up images of a peaceful, smooth horseback ride down to a quaint waterfall, a splash in the water, then back on the horse and to the barn. This picture encapsulates my mental image. (Also, there’s the lake I should’ve been fishing in the background.)

What I didn’t have in mind was climbing up and down very steep hills (more commonly called mountains) on horseback and nearly sliding down the mountain on the back of said horse.

I also didn’t realize that our guide would be a 15 year old boy with a machete and his uncle. Who didn’t speak much English.

Or that they would need the aforementioned machete to slice through the jungle to create a “path” that would could “walk” (read: slide) down. 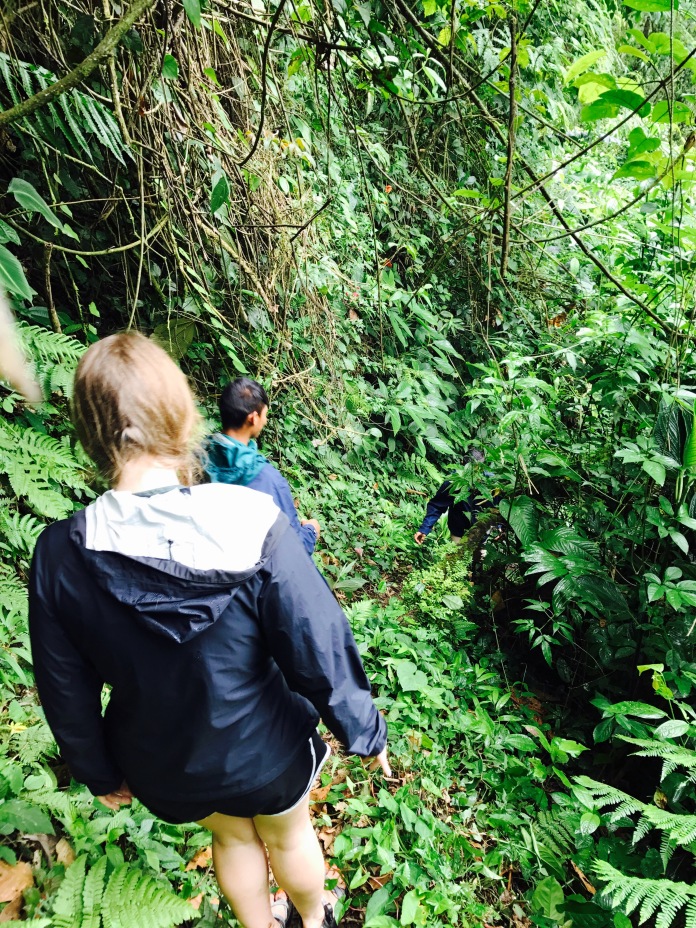 Or that it would be such a slippery, steep, and narrow “path” that I would need to hold someone’s hand the whole time to navigate.

These poor guys had to switch spots to constantly be in front of me to help me every step of the way. I know this because they kept talking to each other and saying “ella”, which I knew was me because I was the only girl in our group of 4.

I only fell down twice, and laughed through most of it, as the ridiculousness of what we were doing kept setting in more and more. 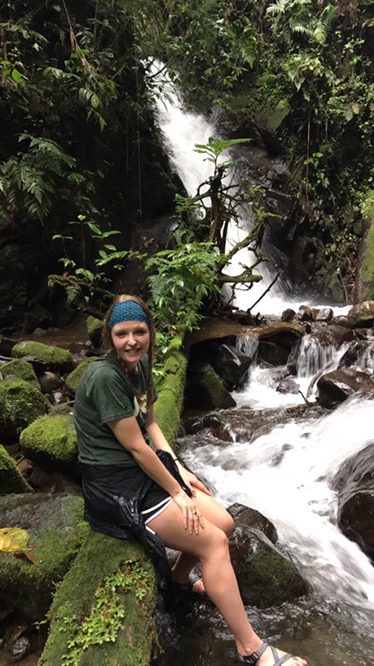 I also didn’t realize that this hike would take nearly two hours to complete and that it would be the most intense hike I’ve ever done.

So, here’s me, not thinking about what I’m actually getting myself into. What’s new?